The »Nachtigall« (Nightingale) is an eighteen-centimeter high bronze sculpture that Daniel Richter, known for his spectacular large-format pictures, has created for the German Record Critics’ Award. Richter, one of the superstars of modern German painting, has proven his genre-crossing love for music several times. For example, he bought the Hamburg independent label Buback. Daniel Richter created, among other things, fantastic stage sets for the Salzburg Festival (Lulu 2010, Blaubarts Burg 2008).

He donated the Nachtigall sculpture to the PdSK for its 30th Anniversary. It depicts stylized songbirds, with coins used as the material. This way, the sculpture reflects the term »price« in the sense of an ideal, non-material appreciation and at the same time alludes to the musical context. The Salzburg gallery owner Thaddaeus Ropac generously financed the production of the nightingale sculptures. 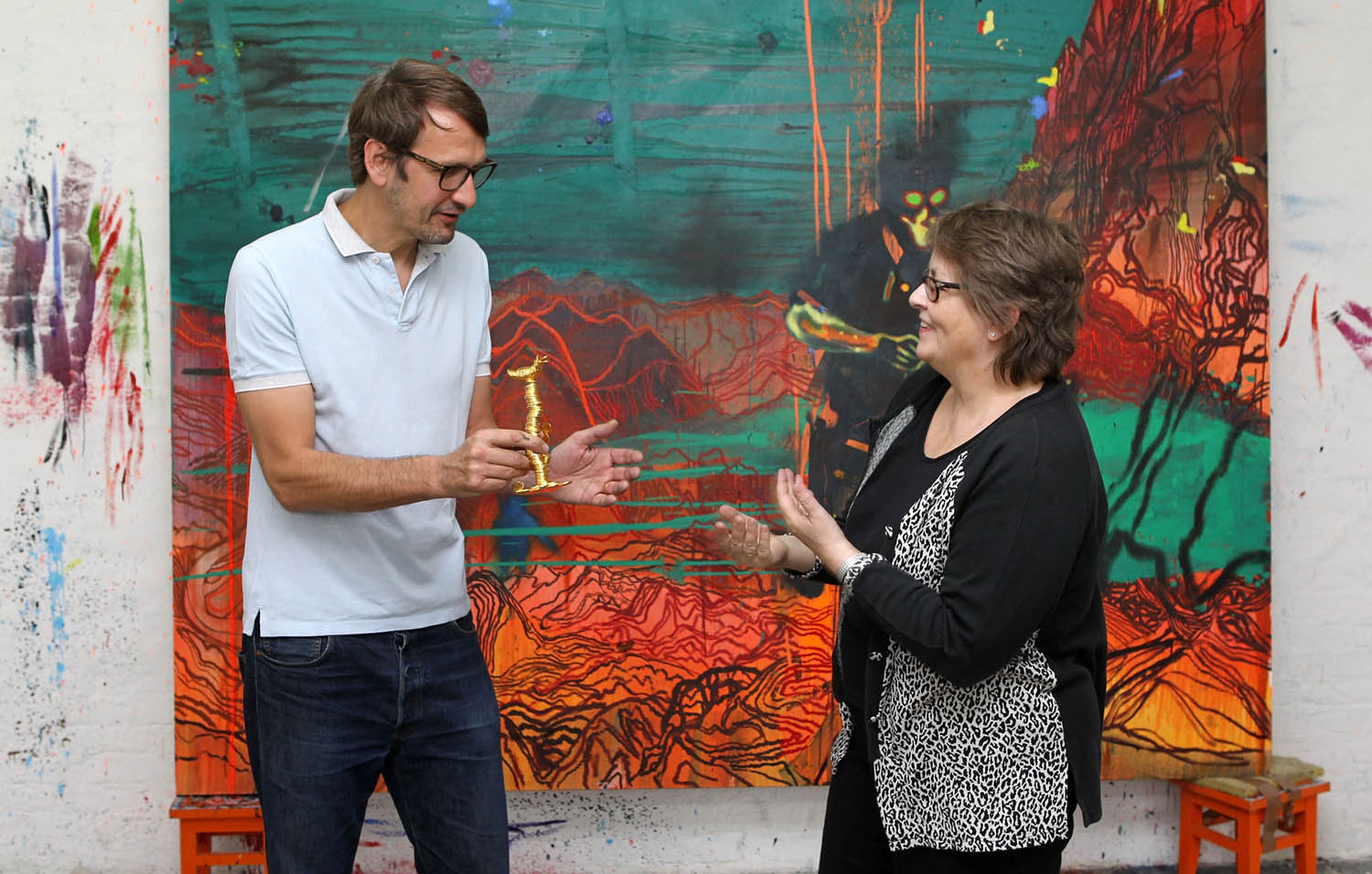 Daniel Richter, born in Eutin in 1962, studied with Werner Büttner and Albert Oehlen in Hamburg in the nineties. Richter became known for his extremely large, intensely colored, unapologetically pop culture-inspired paintings. Initially exclusively dynamic and abstract, his works became increasingly narrative and representational, almost always with a political subtext. From 2004 to 2006, Richter taught at the College of Fine Arts in Berlin, and since then, he has held a professorship at the Academy of Fine Arts in Vienna. In 2010, he designed the set for Alban Berg’s opera Lulu for the Salzburg Festival. And in 2011, Richter created his first sculpture, the »Nachtigall«, for the German Record Critics’ Award. He also occasionally designs record covers, for example, for Chicks-on-Speed-Records or for the Hamburg record label Buback, of which he is the owner. In 2018, he founded the art book publisher PampamPublishing. His works can be seen in various public collections, including in London, Vienna, The Hague, and Brussels, and in his own exhibitions in Berlin, Hamburg, New York, Basel, Vienna, Toronto, Frankfurt, Salzburg, among others.

»Daniel Richter is one of the most accomplished German painters. He is so successful that gallery owners do not shy away from any art boom cliché. […] What Richter starts is already sold at record prices before it’s finished.«
Niklas Maak in the FAZ, 21.November 2007

»I saw Daniel Richter enter into large museums with pictures that you couldn’t really say told of political conflicts. But maybe you could say that they sang about it.«
Peter Richter in the magazine of the SZ, 26.June 2020 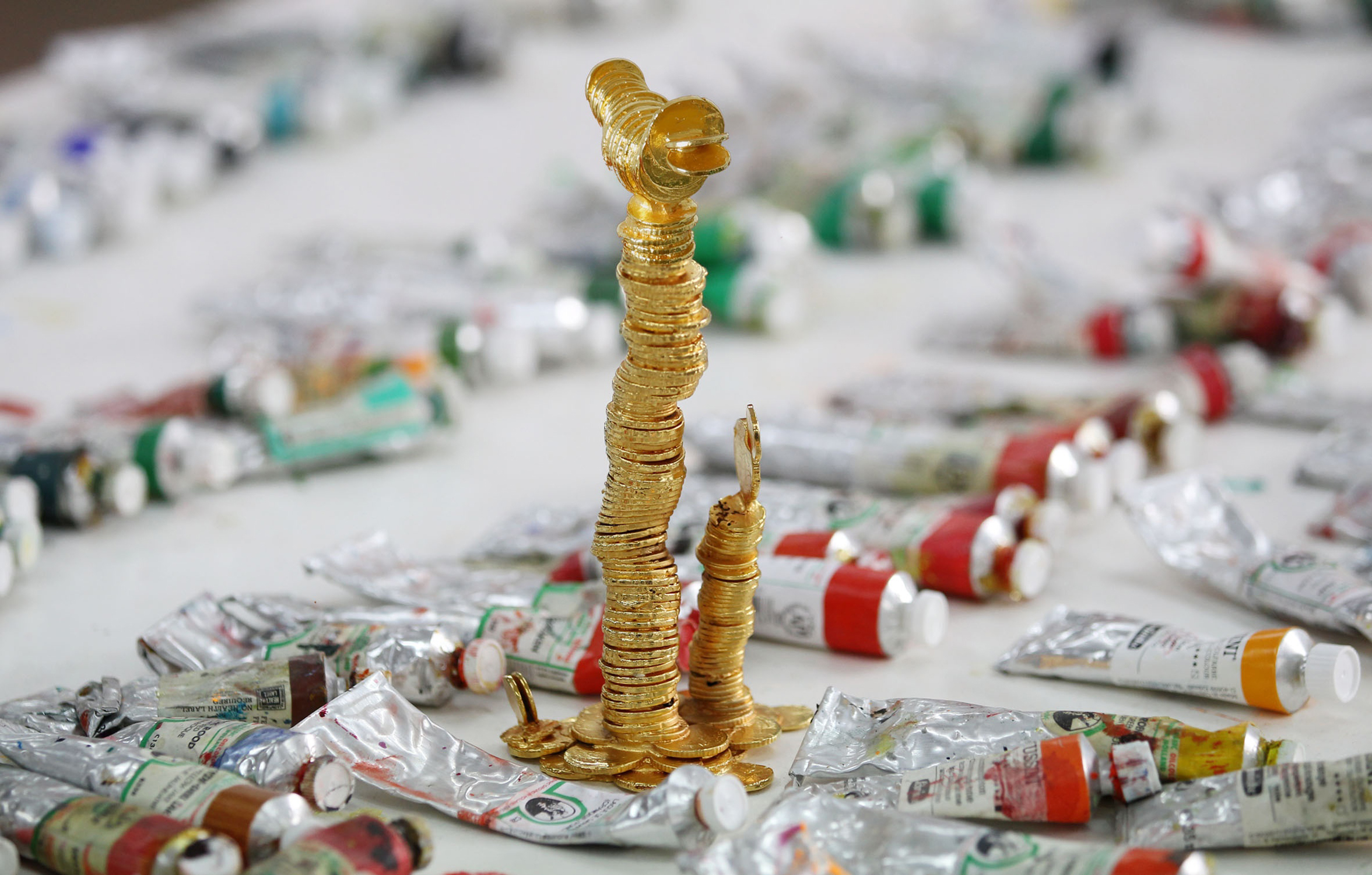